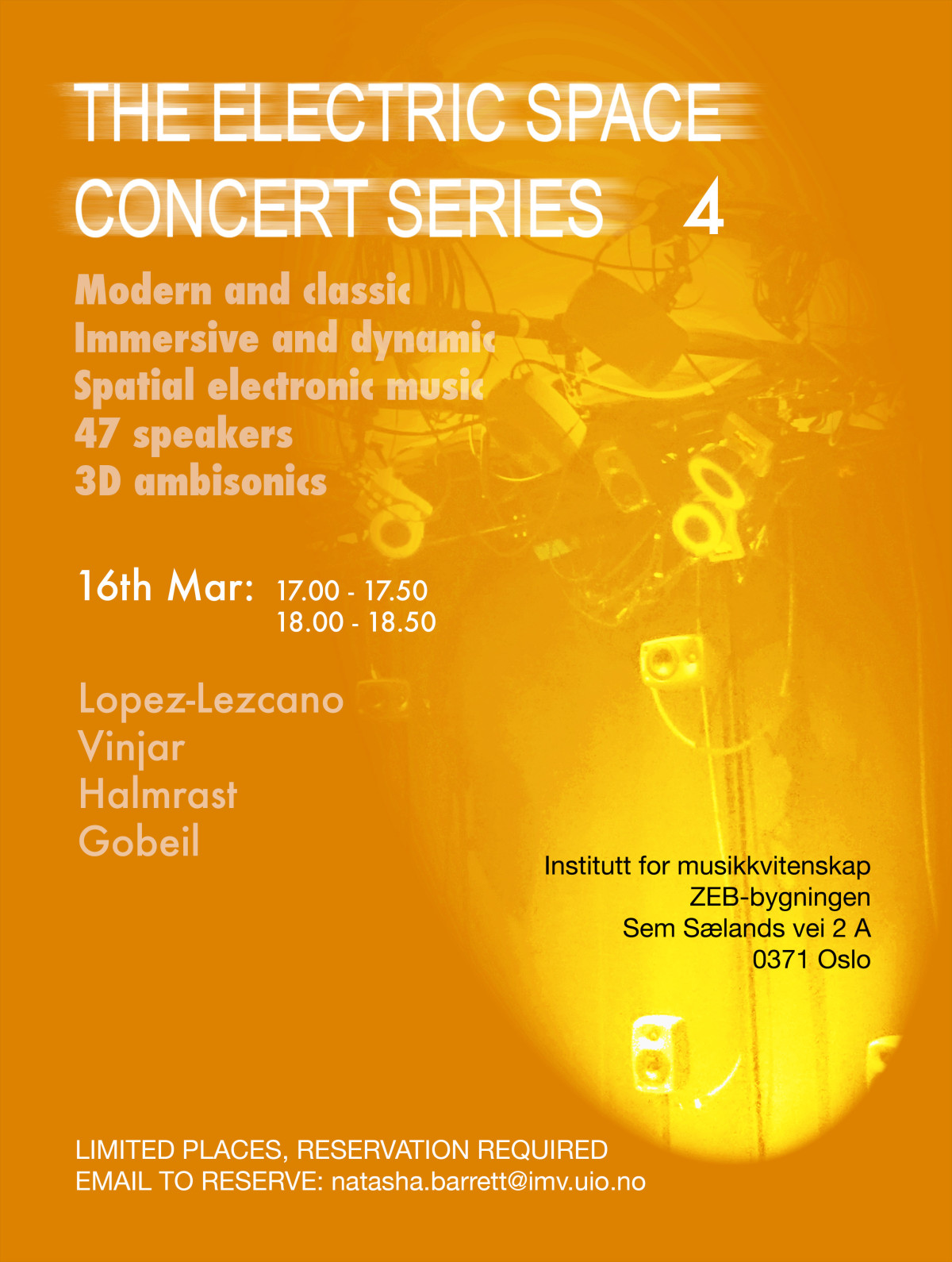 Welcome to the forth concert in The Electric Space Series, featuring 3D electroacoustic acousmatic music performed over 47 loudspeakers.

The Electric Space Series concert number 4 is brought to you in collaboration with EAU. We feature Anders Vinjar’s latest commission ‘Le camere invisibili’, hot off the press, premiered only a few days earlier at Borealis 2016 (Bergen). We’re also setting up an acousmatic show of Tor Halmrast’s classic ‘Aqueduct’, composed for the Norwegian Pavillion at the Expo 92 in Sevilla. Another major work on the program is Fernando Lopez-Lezcano’s ‘Space, Sacred, Secular’. This work places us inside the real acoustics of the Hagia Sophia in Istanbul, Turkey, which was once a cathedral, a mosque and is now a secular museum. Fernando has developed his own method for capturing the 3-D acoustics which he applies in his composition. The concert concludes with a dynamic work from Quebec composer Gilles Gobeil – a star of the French-Canadian acousmatic scene who has won over 20 national and international awards, including the Ars Electronica.

As normal, these exclusive events are FREE, but will have limited seating. Each month the demand leads to an inevitable repeat performance, so this time we advertise two slots: 17.00 and 18.00. Sign up to ensure a seat!:
https://nettskjema.uio.no/answer/68918.html