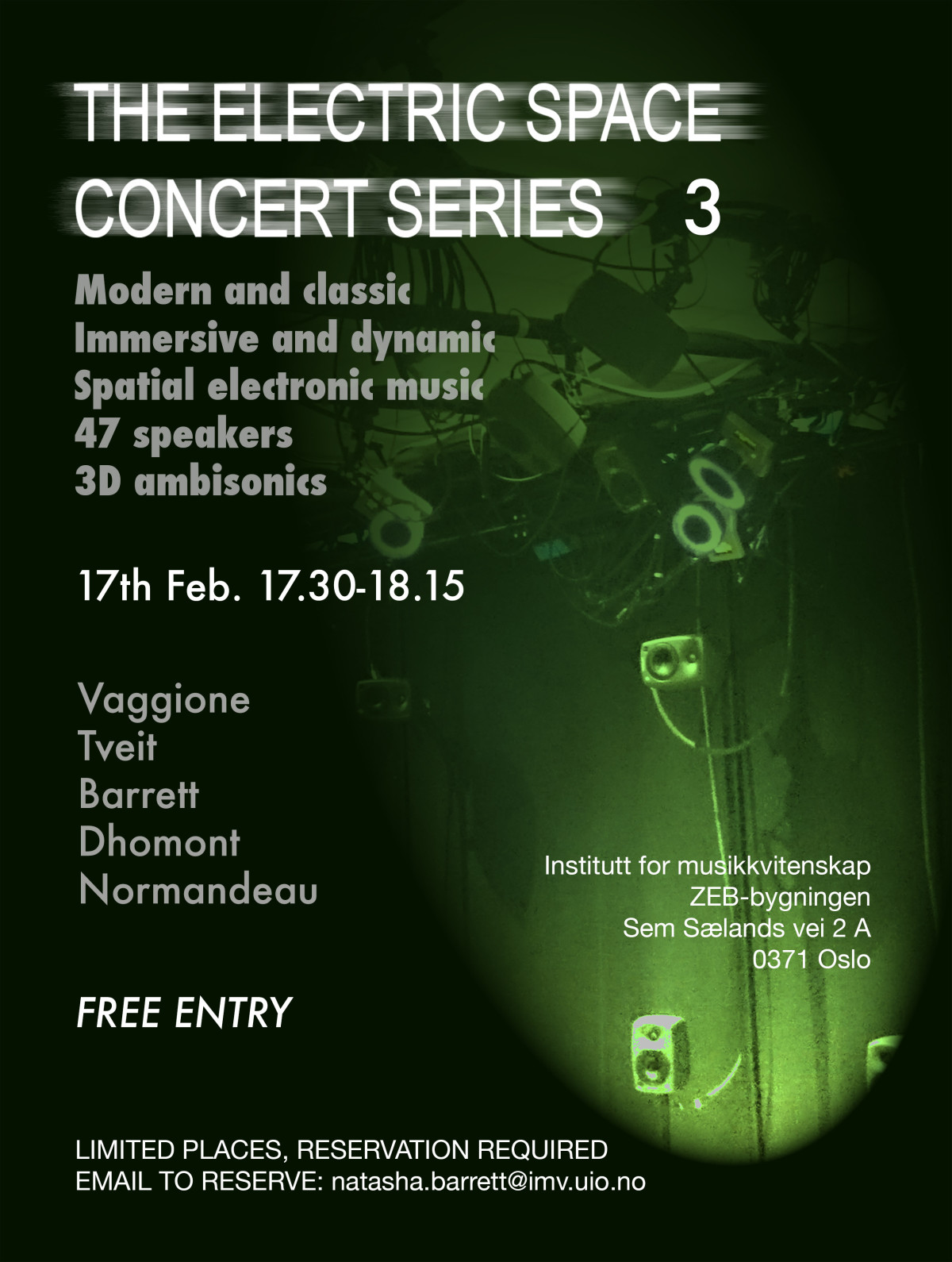 Concert 3:
17th February, 17.30-18.15
Institutt for musikkvitenskap
Welcome to the third concert in a new series featuring 3D electroacoustic acousmatic music performed over 47 loudspeakers.
These exclusive events are FREE but will have limited seating. To sign up and ensure a place, please use this link:
https://nettskjema.uio.no/answer/68918.html
This third concert in the Electric Space Series is brought to you in collaboration with the performance group EAU (Electric Audio Unit). The program features two works by EAU’s members: Anders Tveit and Natasha Barrett. Alongside these two pieces are works by three internationally famous composers: Horacio Vaggione (AR/FR), Francis Dhomont (CA) and Robert Normandeau (CA). The works by Vaggione and Dhomont receive their first performance in Norway. Normandeau’s ‘Clair de terre Ouverture’ is a new 16-ch version made for us by the composer!

Despite the pieces in this concert spanning 25 years of acousmatic history and technological developments, amongst their diversities are also found similarities in the language of musical gestures that grip the listener throughout, and in the works balancing along a line between concrete and abstract music and imagery.
An exciting concert of 3-D Ambisonics and sound diffusion performance not to be missed!